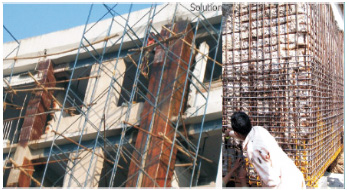 “Sanrachana’s staff was very careful while working inside the hospital. They took utmost care to ensure proper safety and hygiene in the hospital premises while retrofitting” – Matron of Gynecologist ward ESI Hospital, Kolkata

Give us a call or fill in the form below and we'll contact you. We endeavor to answer all inquiries within 24 hours on business days.
+91-2225400122
contact@sanrachana.in